What dogs know that we sometimes forget 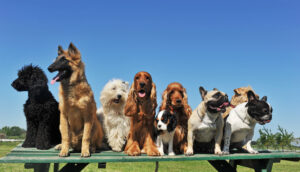 At the beginning of the summer I took an uplifting trip to the Bay Area, where I gave a lot of talks and climbed a lot of hills. One of the very best things that happened was the chance to give a speech to some dogs. Seriously.

One of my speaking engagements was at the San Francisco Society for Prevention of Cruelty to Animals (SPCA), and I was being invited to address an all-staff meeting. So it was perhaps the least surprising place to find dogs in the audience, but it was still a pretty striking experience. I’d launch into a story about something unfortunate that happened to me once, and the dogs would howl softly and plaintively. When I then talked about how I triumphantly managed to make things better, the furry listeners seemed to pick up the vibe and made a range of happy dog noises. 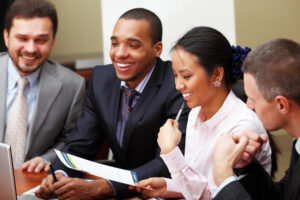 Apart from being impossibly endearing – yes, I did pat several of them – it was a good illustration of some research I read last year, which suggested that dogs really do pick up emotions in the air around them. And that, in turn, is a good reminder of the fact that humans are equally subject to emotional contagion. Studies have found that our moods can sync up with others nearby within five minutes, even when no words are exchanged.

The scientific jury’s out on the exact mechanism behind this emotional contagion, but nobody doubts that it exists. So it’s worth remembering that you have it in you to be a subliminal force for good every time you decide to walk into a room with a smile on your face. (And if you also decide to wag your tail, I suspect you’ll put a smile on everyone else’s face even more quickly.) Woof!