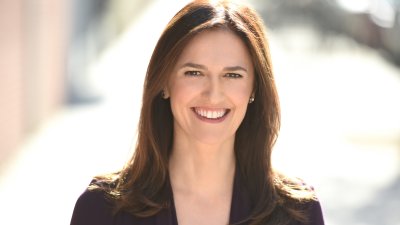 Caroline Webb is an executive coach, author and speaker who specializes in showing people how to use insights from behavioral science to improve their professional lives. Her book on that topic, How To Have A Good Day, has been published in 14 languages and more than 60 countries. She is also a Senior Advisor to McKinsey, where she was previously a Partner.

Caroline Webb is an executive coach, author and speaker who has worked with hundreds of organizations to help their employees be more productive, energized, and successful – first as a Partner at McKinsey, where she continues to serve as a Senior Advisor, and now as CEO of her own firm, Sevenshift. She specializes in showing people how to transform their life and work for the better by applying insights from the behavioral sciences (behavioral economics, psychology and neuroscience). Her book on that topic – How to Have a Good Day: Harness the Power of Behavioral Science to Transform Your Working Life – has been published in 14 languages and over 60 countries so far. It was hailed by Forbes as one of their “must-read business books,” described by Fortune as one of their top “self-improvement through data” books, and listed by Inc magazine as one of the “best 15 leadership and personal development books of the past five years.” The book also won plaudits from publications as diverse as the Financial Times, TIME, and Cosmopolitan magazine.

During her twelve years with McKinsey & Company, Caroline co-founded McKinsey’s leadership practice, and designed the firm’s approach to transforming senior team dynamics. She also founded and remains faculty of McKinsey’s flagship training course for senior female executives. Before that, Caroline spent the 1990s working in public policy as an economist at the Bank of England. Her work there included global economic forecasting and institution building in post-communist eastern Europe.

Caroline is a frequent contributor to Harvard Business Review, and she has also written on behavioral change topics for the World Economic Forum, Fast Company, Quartz, Business Insider, Huffington Post and WIRED. Her work has also been widely featured in national and international media over the years, including in The Economist, The Financial Times, The Washington Post, The New York Times, The Guardian, Inc., Forbes, Fortune, and BBC Radio. She is also one of Marshall Goldsmith’s ‘MG100‘ coaches, a member of Silicon Guild, a Founding Fellow of the Harvard-affiliated Institute of Coaching, and has degrees in Economics from Cambridge and Oxford Universities. Caroline splits her time between New York and London, and travels frequently to give speeches and run workshops for clients around the world.

One of my biggest challenges in my new position was to have my direct reports work as a team, and not just work as a collective group of professionals. As well as coaching me, Caroline came up with unique, creative and outside the box methods to help me with the team, which was the hardest issue I inherited. She played a key role over a couple of days of a very unique session with my directs – and we ended the meeting with an whole-hearted endorsement of the team-concept, ground rules and definite game plan. Almost a year later, I can say that it is not only working very well, but has set a great example for the rest of the company too.

I came to coaching with a degree of cynicism, but Caroline’s strong analytical and intellectual approach gave real meaning to our discussions. That is, Caroline would never approach an issue without a deep understanding of the actual science behind it, which she combines with her excellent sector based knowledge. She also has an innate ability to ask the right question – she manages to peel back the layers of perceived complexity around an issue by simply asking very, very good questions. As a result, the answers reveal themselves in a way that is authentic and meaningful for the person being coached. I feel very privileged to have had the opportunity to work with Caroline.