From Flash Mobs to Complex Systems: The 4 People You Need to Mobilize Change 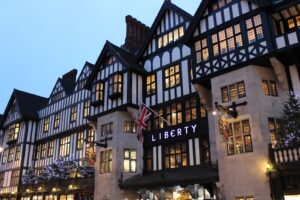 In December, I realized a small ambition. I finally got to perform in one of those flash mobs where people burst out of the crowd one by one, Alien-from-chest style, singing and dancing. (We were in Liberty’s store in London, singing ‘Stand By Me’ to a marriage-proposing couple.*) Flash mobs are hardly new – the seminal Claire’s Accessories ‘Mob’ happened back in 2003 – but I’m still charmed by them. I like the sense of a hidden network emerging into the light.

It’s just as well I like them, because every company I’ve known has been full of secret flash mobs. The formal org chart has its clean reporting lines and job titles, but the reality of how things really get done is messier, a lively spaghetti of personal connections and alliances. If you’re trying to achieve any major change – implement a new procurement system, maybe, or shift the way people talk to customers – you need to enthuse a network of people into action. And it’s not easy. People with good ideas sometimes fail to get momentum, while others seem strangely adept in organizing their mob. 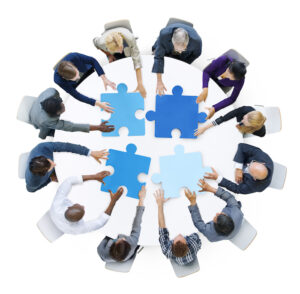 So how do you make sure that supporters emerge into the light just when you need them? It can be hard to know where to start when you’re trying to build a coalition of support – you don’t have time to talk to everyone. Belting out Stand By Me by the elevators rarely does the trick.

Well, the theory of complex adaptive systems is oddly helpful here, because they’re just like your company: full of hard-to-see relationships, changeable and strangely self-organizing, springing into life in unpredictable ways. OK. Here’s the useful bit.

In a complex system, there are ‘nodes of disproportionate influence’. If something happens at a node, it is more likely to shift the whole system. There are four particularly powerful types of node – which gives us clues about the four types of people you most want to reach in your own system, even though they may not have high-flown job titles. Here they are:

1. The Hub: someone who is connected to a LOT of people (technical term: they have degree centrality). In professional life, this is often because they controls something useful – maybe specialist expertise or an important business process – which means they’re a ‘go to’ person. In my last job, I realised a critical person for me to talk to when launching a new service line was the firm’s staffing coordinator – the person who allocated associates to project teams. Everyone needed her; if she supported my crazy idea for this new type of project, her influence would radiate widely.

2. The On-Off: someone you HAVE to get on board, because going round them is impossible or slow (betweenness centrality). They may own the tiniest part of the process to get your idea off the ground, but if it’s a crucial part, they become as important as any CEO. My new projects were going to need a totally new type of billing structure, and I knew no project would happen without the right paperwork. I was thrilled to find a guy in accounts who was willing to adapt the regular invoicing process once I’d explained why these new projects were an awesome idea. He could have been my Off switch, but he was On.

3. The Buddy: someone who maintains CLOSE contact with the people they know (closeness centrality). If you need to reach someone that happens to be in the Buddy’s network, Buddy is a very quick and reliable way of reaching them. I found a couple of these Buddies who readily sent a bunch of emails to publicize my brand new projects to target clients – not just because they were generous people (they are) but because they take so much care to stay in touch with their contacts that sending an extra email for me wasn’t a huge leap.

4. The Counselor: someone well connected to IMPORTANT people (eigenvector centrality). This concept sits behind the Page Rank of websites – if the New York Times frequently links to your site, you’ll have a high Page Rank. In an organization, people with high Page Rank might include assistants of potential sponsors. In fact one wonderful PA became such a supporter of the new service line that she not only got her boss to help, but agreed to devote a percentage of her own time to it.

So if you’re trying to make a change happen among a group of people, ask yourself these questions to mobilize your mob with maximum efficiency:

They may not be the most senior people in your organization, or the most immediately obvious people for you to enlist. But if you can get these four types of influencer on your side, you’ll radically improve your chances of reaching the wider set of people you’re trying to recruit into your flash mob.