Telling It Like it Is: The Power of ‘Affect Labeling’ in Real Life 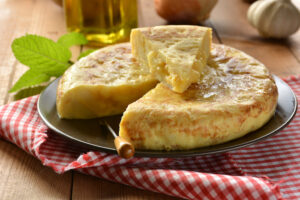 I had dinner with friends recently in a Spanish restaurant in London. I say that lightly, but it’s a too-rare pleasure to have a moderately impromptu dinner with a grown-up group of city friends. Busy lives make it difficult to coordinate schedules, and then to hold dates firm as they wriggle and squirm under the weight of family and business commitments. So, it was a treat.

Halfway through this precious evening, after looping chatter about how this present tortilla compared to past tortillas in other restaurants, one of my friends – prompted by nothing that I can remember – started talking about a glitzy event that she didn’t want to attend. She had to go, but she was dreading it. Her vehemence didn’t make much sense to us, and it didn’t really seem to be about the dress code.

So we probed. Within a couple of gently forensic ‘whys’ we discovered that there was a deep rift between her and another guest that hadn’t been bridged since it was formed a decade or so ago. This person had done a truly Bad Thing, which had had bad results, and distress was still simmering years later. It transpired that she had never discussed it openly, and it clearly wasn’t easy to share the story even now. As she talked, the original emotions bobbed to the surface, the shock and anger visible on her face and in her voice.

Initially, we were surprised that she hadn’t talked it through with anyone. But then it turned out that we all had oddly-shaped baggage that we were lumbering through life. We’d started with a fraught discussion, where we were making suggestions that clearly weren’t hitting the spot, but that changed completely in tone when we instead spontaneously started mirroring her openness. Going around the table in turn, we each shared the names of people we’d felt wronged by, and how it had happened, and how we felt. It wasn’t sophisticated, and it certainly wasn’t psychoanalysis. But by the end we were all laughing out loud, genuinely lightened by our disclosure. Speaking of these hidden hurts had changed something, and it wasn’t just that we felt pleased that we weren’t alone in our angst.

Affect labeling, aka ‘naming it’

What was actually going on here? Personally, I think it was a nice case of the power of ‘affect labeling’: that is, the explicit verbal articulation of a negative emotion that we’re experiencing, either through something that’s causing us stress right now or an unpleasant situation that we’re recalling vividly. Or, as we might say more colloquially, we were ‘naming it’. 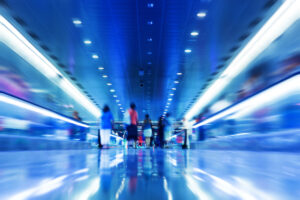 Spending any serious amount of time on this can seem counter-intuitive in our fast-paced world. When a problem presents itself, even in less reserved cultures where emotional outpourings are welcomed, our instinct is usually to quickly try to make it better. We want to resolve the situation, to smooth things over. If a colleague hints to you that they’re feeling nervous about something, your tendency will be to tell them that it will be OK, to give them reasons that it will be OK, to talk up their strengths and dampen down their fears. And there’s a lot to be said for that. You don’t want to dwell overlong on the problem without moving to the solution; the ability to see the upside of a difficult situation is a characteristic of the happiest people in life.

But a study recently published in Psychological Science (by Kircanski, Lieberman and Craske) is the latest in a line of research that suggests that naming a negative emotion that we’re feeling is an important step in lessening its hold on us, and shouldn’t be skipped. It doesn’t mean that you shouldn’t then try to solve the problem, but it does suggest that without acknowledgement of the emotion, you may be missing a major part of the solution.

This may ring some bells with you, however action-oriented you are. Was there ever a time when you wanted to complain about something, to get it off your chest, and were a mite irritated by the friend who launched into ‘what you should do…’ mode rather than letting you vent? Or do you remember a colleague giving you apparently helpful pointers to deal with a tricky work situation, which made perfect sense yet somehow left you feeling just the same as before? And how many of us have been that friend or colleague, wanting to help and feeling pretty happy with ourselves about having given some damn good advice? If so, you are normal. And what’s happening is that you’re genuinely not getting (or giving) enough time to recognize personal fears and concerns. 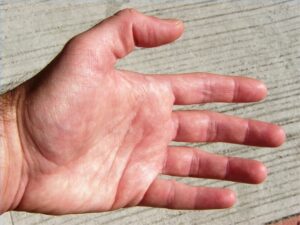 This latest study tried to make the affect labeling mechanism very tangible, by getting arachnophobic people to confront a live tarantula and get as close to touching it as they could. One group got to name their feelings about this: ‘I’m anxious and frightened by the ugly, terrifying spider’. (A stance that seems very reasonable indeed to me.) Another group got to take a more familiar positive self-talk approach: ‘That little spider can’t hurt me. I’m not afraid of it.’ There were also a couple of control groups where people said nothing or irrelevant things. You already know the result: the first group exhibited noticeably less fear. Their palms were less damp, even as their hands got closer to the spider than the other groups.

The result is backed by earlier studies done by some members of the same team, where they used fMRI scans to see what goes on in the brain while people use words to label emotions. When people experience something even mildly negative, such as seeing a picture of an unhappy stranger, activity in their amygdala* increases (*the amygdala is the brain area that processes fears and upsets, and in turn triggers basic but powerful fight-flight-freeze responses that trump your more sophisticated cognitive functions). When the same people are able to choose a word to label the negative emotion they see in the picture – say, ‘angry’ or ‘scared’ – activity in their amygdala drops considerably (Lieberman et al, Psychological Science 2007). This doesn’t even have them saying the words out loud – just to themselves.

So, to be clear: labeling negative emotions seems to diminish their impact.

How does this apply in practice?

It’s a result that is certainly borne out in my coaching work, and not just in dinners with friends. There can be immense power in speaking up about our fears and other negative emotions.

In fact, the day before the dinner in question, I’d been with a dozen senior leaders in the first group session of a 6-month development programme. There’s a segment of this first workshop that we devote to being more resilient, more masterful under stress. This is pretty apposite for most professionals dealing with today’s business environment.

One of the exercises has people talk through a tough situation they’re in. A partner listens, and helps them home in on what’s really at stake for them, what they’re really scared of in this situation. Perhaps it’s ‘failing to look like an expert’, ‘letting people down’ or ‘feeling isolated from the team’. There’s a point where they get a chance to name their fear really explicitly with a few likeminded people, without judgment. This is very important. No-one says: ‘that’s silly’, or ‘you shouldn’t have that fear’. It’s just there, and there it is, like the statement about being anxious about the spider. Then they talk about what it’s like to have that fear.

The topic that they raise is often a problem they’ve tried to solve before, but without getting to the bottom of it and acknowledging what the fear actually was. Later on, they think about how they might deal with the set of assumptions and needs that leads them to this fear. But the turning point of the whole exercise is in that earlier moment, where people get a chance to say out loud what’s really going on for them, and have someone else truly listen. The relief in the room is palpable, and it was what I felt at my dinner too.

Now there are caveats, of course.

First, you do need to get to solutions at some point – we’re not talking about wallowing for weeks. But you’re much more likely to be in a mental place to be able to solve the right problem in the right way if you’ve labeled and therefore discharged some of the negative emotion that’s built up.

Second, this must surely look different across personalities and cultures. What feels like ‘naming it’ for some people may still seem opaque to others. Men and women may do this differently, using different numbers of words, in different settings. But the results appear to be gender neutral, and since they suggest that even a little labeling is helpful, it’s something worth experimenting with in ways that suit you.